It can be difficult to decide between different types of solar panels. It’s a good problem to have: you have a lot of options to choose from when picking solar panels for your house, solar powering your RV, or starting a DIY solar project.

This article will break down the 3 main solar panel types available today, comparing their efficiency, price, and best uses. Let’s get started.

The 3 main types of solar panels on the market today are:

Monocrystalline and polycrystalline solar panels are made of silicon solar cells packed into a frame and covered with glass or plastic. They’re currently the most common types of solar panels.

Thin-film solar panels are made of a thin layer of a photovoltaic substance laid onto a surface of glass, plastic, or metal. They can be made of a variety of organic or inorganic compounds, which range widely in efficiency and price per watt. They’re less common than silicon solar panels and can be difficult to find.

I’m constantly reading exciting scientific reports about breakthroughs in the development of perovskite, biohybrid, and (my favorite) quantum dot solar panels. But you’re not likely to find any of these new solar panel types on the market for at least a few years.

Each cell in monocrystalline solar panels (also called mono solar panels) is a thin wafer of a single crystal of nearly pure silicon. The wafer is coated with other elements, such as boron and phosphorus, so that it has positively and negatively charged sides, known as a PN junction. Silver wires painted onto the wafer allow for electricity to flow once sunlight knocks loose electrons from the silicon atoms.

Monocrystalline panels are usually black in color because the cells’ uniform alignment absorbs more sunlight and refracts less. Many manufacturers also use “black silicon,” where nano-sized needle shapes are etched into the surface of the silicon wafers. This allows for greater absorption (and less reflection) of light, in the same way that a sponge traps water in its pores.

However, they have a lower price per watt. Like monocrystalline panels, they have a wide range of uses, from residential solar installations to ground-mounted solar arrays.

The PV cells in polycrystalline solar panels (also called poly solar panels) are made of fragments of silicon that are melted together to form wafers made of several smaller crystals. The manufacturing process is less error-prone than shaving wafers off of a single crystal, so it wastes fewer raw materials.

Because of their popularity and wide availability, you often must pick between monocrystalline and polycrystalline solar panels. Check out our full breakdown of these 2 types of solar panels to decide which is best for you.

Thin-film solar panels vary widely in price and efficiency based on their material. Their thinness makes them well-suited to curved or irregular mounting surfaces. They’re much less common than silicon panels, though. If you’re buying solar panels yourself, thin-film panels aren’t easy to find.

Here’s a quick overview of some of the main types of thin-film solar panels:

Types of Solar Panels by Efficiency

Note: Efficiency refers to how well solar panels convert sunlight into electricity — not how much power they output. A 100 watt solar panel will output 100 watts under ideal conditions, regardless of what type of solar panel it is. Instead, more efficient solar panels require fewer solar cells to produce the same amount of power, and are thus usually smaller in size.

Thin-film panels are generally the least efficient type of solar panel, ranging from 6-15% efficiency depending on the materials used.

Types of Solar Panels by Price

The cost of solar panels is measured in dollars per watt. Monocrystalline panels are more expensive per watt than polycrystalline ones because it costs more (and is more wasteful of raw materials) to shave a thin wafer off a single silicon crystal than it is to fuse together silicon fragments. The manufacturing process is simplest in making thin-film panels, however, so they generally cost less than crystalline panels.

When I picture a standard solar panel, I imagine the rectangular ones that are used for residential rooftop installations and solar farms. But those are only one of the options you have for generating your own solar energy. Here are the most common form factors that solar panels come in.

Conventional solar panels for roofs and houses are set in an aluminum frame, covered with a glass sheet, sealed with encapsulants, with a backsheet at the back of the frame. A junction box attached to the frame will connect the panel to an electric circuit.

Some panels also come with micro-inverters on their backing. More common are string inverters that are separate from the panels, which are wired in a series. Anyone who has strung Christmas lights probably knows the benefits of wiring in parallel rather than series: micro-inverters are more expensive, but when one goes down, your whole circuit doesn’t go down.

As their name implies, bifacial panels have crystalline cells on the back of the panel in order to capture any light reflected off the surface below the panels. (Think about it: if light didn’t reflect off the ground below solar panels, you wouldn’t be able to see the ground.)

Reflected light is weaker than direct light, of course, but it’s enough to make a difference: bifacial panels can generate up to 9% more electricity than traditional monofacial panels. Bifacial panels use glass instead of metal frames, and the glass itself isn’t coated with a dark color, allowing more light to pass through. Usually, the back side of a bifacial panel shares the same circuitry as the front side.

Ground-mounted solar panels are conventional panels set in a free-standing solar array, mounted either on top of a single pole or in a rigid metal frame. A ground-mounted system has the added cost of the mounting materials, but allows easier access for cleaning and maintaining the panels.

Ground-mounted systems might also have solar trackers to change the angle and direction of the panels to follow the path of the sun throughout the season and day. Again: more cost, but also more electricity generated.

Portable solar panels are typically smaller and less expensive than rooftop panels, and can range from sizes as small as 5 watts to up to 200 watts or more. One of the most common sizes is the 100 watt solar panel, which is used often with RVs, camper vans, solar generators, and DIY solar projects.

Portable panels sometimes come with built-in USB ports for charging phones and portable battery packs. They can be a single panel or a triptych of three foldable panels, encased in a mesh fabric or plastic.

You might think that flexible solar panels use thin-film technology. Some of them do. But more often than not, flexible panels use monocrystalline cells that are far thinner—only a few micrometers—than those in rigid panels. Flexible panels also use protective plastic rather than glass. They tend to be more expensive than rigid panels.

Because of their form factor, flexible solar panels are best used on curved mounting surfaces, such as boat hulls or teardrop campers. They’re also much lighter than rigid solar panels, so they can be the right choice when you need to minimize the weight of your solar system.

Types of Solar Panels by Use Case

But “generally” does not mean always: you can find flexible crystalline panels and rigid-framed thin-film. And any type can be portable if it’s small enough. Nonetheless, these panels are generally more suitable for these applications:

What Type of Solar Panel Is Best for You?

Monocrystalline solar panels are worth the money when you have space constraints, or when you want solar panels that perform well in higher temperatures. They’re usually high-quality, so if you want an all-around great solar panel, mono panels are a good option.

Polycrystalline panels are great when you have lots of mounting space or are on a budget. They don’t perform as well as mono panels in higher temperatures, though. Both monocrystalline and polycrystalline solar panels work well for a range of uses, such as rooftop solar installations, RVs and other vehicles with limited mounting space, portable solar systems, and DIY solar projects.

Thin-film panels are much less common, but may be a good option if you have curved or irregular mounting surfaces. Their efficiency and price per watt vary widely based on material, and they can be hard to find if you’re buying your solar panels yourself. 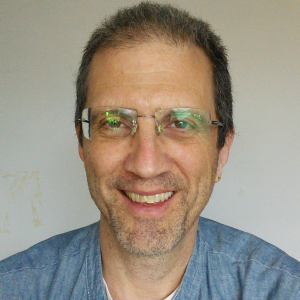