Amps to Watts (A to W) Conversion Calculator

Use our interactive calculator to easily convert amps to watts (A to W).

Or would you rather convert watts to amps?

And here's another chart, this time converting amps to watts at several common AC voltages.

How to Convert Amps to Watts (A to W)

Converting amps to watts is easy, and the formula is the same whether you're working with alternating current (AC) or direct current (DC).

AC power is used in our modern electrical grid, as this type of electricity is easy to transmit over long distances without losses.

The majority of the appliances in your home run on AC power, via a 120V wall outlet that is standard in the US. You may have also noticed a few larger outlets in your home. These outlets are 240V and accommodate appliances that use more power, like an electric range oven or clothes dryer.

DC power, on the other hand, is electricity produced by solar panels or batteries. The phone, tablet or laptop you are reading this on uses DC power, as these devices rely on batteries to operate.

So if you are using solar to power your home, you will also need an inverter with your system. An inverter converts the DC power generated by your solar panels into AC power, that can then be used by appliances via a wall outlet.

To convert amps to watts, multiply amps by volts.

Note that this is also called the electrical power formula, which simply states that power equals current times voltage.

The output rating for a standard MacBook charger is listed as a maximum of 16.5 volts and 3.65 amps. These specs can be found in small print on the side of the charger.

This is the amount of power that is received by the battery as it charges. Any laptop charger is also called a power adapter, because it transforms the AC power from the outlet into a DC power source that can be used by the battery.

Using the same example of a MacBook charger, let's look at the AC side. Also listed on the side of the charger, the input specifications are between 100 volts and 240 volts, at a maximum of 1.5 amps.

One important thing to note when dealing with charging a battery is that this AC rating is a theoretical maximum, not the amount of power that is continuously drawn from the wall outlet. The actual demand on the charger decreases the more the battery is charged.

Why Convert Amps to Watts?

Converting amps to watts is important for a variety of reasons, especially when dealing with any kind of solar-powered system. You'll want to know how many watts are used by your appliances and devices to make sure that your certain parts of your system -- particularly your inverter -- can handle the total expected wattage.

And when sizing your DIY solar system, you'll need to calculate the wattage all your appliances and then convert watts to watt hours (or watts to kilowatt hours for large solar systems) to estimate your system's total energy consumption.

How to Convert Watts to Amps (W to A)

To convert watts to amps, divide watts by volts.

Here's a common scenario where you may want to convert watts to amps. For example, let's say you want to know the maximum current (expressed in amps) produced by a typical residential solar panel rated at 200 watts.

In this case, the manufacturer has also listed a maximum voltage of 17 volts. This is denoted as 'Vmp' in the electrical specifications.

Next, calculate amps by dividing watts by volts.

So the current produced by your solar panel at full power is 11.76 amps.

In this next example, let's assume you want to know the current used by your 1,000 watt Ninja blender while it's operating on high.

Your blender plugs into a standard 120 volt wall outlet.

The current required by your blender at full power is 8.33 amps.

How to Convert Volts to Watts (V to W)

Lastly, you may want to convert volts to watts. This formula is also simple.

To convert volts to watts, multiply amps by volts.

For example, you may want to know the watts of your solar panel — yet you're only given volts and amps.

Let's assume your panel generates a maximum 12 volts at 15 amps. Calculate the watts of your panel by multiplying amps times volts.

Lastly, let's say you want to calculate the watts of your new miter saw you've just purchased for your garage workspace. The saw is rated at 20 amps, and plugs into a standard 120 volt outlet. 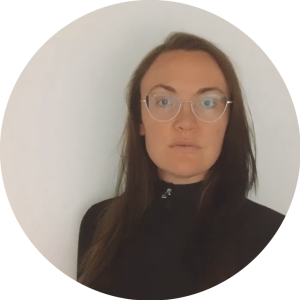